WHAT IS CHANNEL ACUPUNCTURE?

According to traditional Chinese medicine theory, our body consists of a giant web called the meridian system linking different parts together; its channels making up a comprehensive yet complex body map that supplies qi (vital energy) to every part of the body, assists the distribution of blood and body fluids, maintains the balance between yin and yang elements, and protects the body against disease. Along these channels, acupoints are the sites through which the qi of the organs and meridian is transported to the body surface. It is generally believed that diseases can be treated when the affected meridians or the affected organs are cleared. Acupuncturists work on these points to regulate corresponding organs or meridians so that the body can return to a state of balance and health. 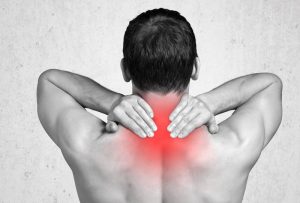 The meridian system is made up by a series of channels, which are sequential to each other in the circulation of qi (vital energy). In the system, the twelve regular meridians form the major structure; they branch out twelve large collaterals to enter the chest, abdomen and head for connecting the internal organs; fifteen external collaterals to run along the limbs and on the trunk. There are also twelve small collaterals for controlling the muscles and tendons, and smaller collaterals disturbed on the skin surface, and the eight extra meridians to enhance the communications and functions within the system. They work closely with each other, with a dysfunction in one usually affecting another. In Chinese medicine, to be knowledgeable about the meridian system is as important as anatomy and physiology in Western medicine.

The order and arrangement of the twelve regular meridians result in particular ways of communication inside the body, TCM uses Yin/Yang characteristics to distinguish and understand the pattern of meridian flow. All the twelve meridians run through the limbs, with certain meridians and their corresponding organs creating an interior and exterior relationship. For example, the lung meridian (greater yin of arm) and the large intestine meridian (brightness yang of arm) are paired based on their pathways, and clinically they are closely related; problems in the lung or its meridian can also be treated by using various points on the larger intestine meridian. Furthermore, the arm and leg meridians of the same yin/yang names are also related. For example, problems in the lung or its meridian (greater yin of arm) can be treated by using various points on its communication partner the spleen meridian (greater yin of leg), besides the ones on the lung meridian.

Font Resize
Contrast
Accessibility by WAH
Call Us Text Us